Earn %6 th/s On ALL your mines simply by using the coupon:

This is a fantastic offer, particularly for those with multiple mines.

Her unresolved daddy issues
Her commitment/abandonment issues
Her happiness not so much mine at all
Her family and their bs, plus mine
Lack of sex
Lack of sleep
Lack of video games
Lack of my own money- that I earn
Lack of respect
Extra dishes
Extra laundry – woman have 3xs more then me
Extra food
Extra unnecessary random choirs
Woman are messy – so extra cleaning
Extra noises in the house when I want to relax
Hallmark channel and other chick flicks
Mind games and manipulation
Clutter from randomly bought appliances still in box, at best used once. (Starts when they are older)
Her career and working “with it”.

Divorce likely – and it will cost me

Kids – and her overcompensating them (spoil)

At some point I will have to get a vasectomy

No dowry from her family in weastern countries.

No kids -unless otherwise specified yet doubtfull will be specified

Have to come up with “feelings” so we can talk like woman, and try to mimic hetro relationships in some weird twisted hallmark channel way.

Personal loss of self respect/dignity

Working on my own career, unrevolved around someone elses

Relaxation time when I want it, loud or as quiet as I want it.

Give my life to God (could be desirable)

Die rich and leave everything I own to my cat and piss everyone off. (Maybe a little something to the niece that I like)

No kids – atleast around me or that I know of

My family and their bs (most will die before I do, nieces/nephews not likely to visit – could be a good thing)

Might get old and run out of friends for companionship
(but looking at my generation, not likely)

Contribute to neo-liberal/illuminati agenda to dismantle family structure, leading to a NWO.

In All Circumstances Men Will:

1. Eventually get sick or die

2. Contribute to NWO agenda in one way or another.

3. Have to be around woman at some point. Tread with caution in fear of lawsuit.

4. Fall in love, and even have fun with it – FOR AWHILE. It will not be a permanent feeling (about 1-2 years in most mature experiences.)

5. Be miserable in one way or another, however single life for life offers less of other peoples added baggage. Easier to settle ones own baggage with self.

6. Realize there is little incentive, for men, to get married to a woman. Society and woman themseleves (not even just feminists) have made that a one sided show… Her show. Sex for a bit, but she will start shutting it down for all kinds of reasons. Then it will feel like a choir

7. ALOT of people will try to make you feel guilty or selfish or even manipulate you some kind of way – about not ever wanting to get married, or advocating against getting married. But they wont be able to give you a proper incentive for it either. You will find its not about you as much as something inside them and their selfishness trying to control you.

I was shocked , confused, bewildered
as I entered Heaven’s door,
not by the beauty of it all,
nor the lights or its decor.
But it was the folks in Heaven
who made me sputter and gasp–
the thieves, the liars, the sinners,
the alcoholics and the trash.

There stood the kid from seventh grade
who swiped my lunch money twice.
Next to him was my old neighbor
who never said anything nice.

Bob, who I always thought
was rotting away in hell,
was sitting pretty on cloud nine,
looking incredibly well.

I nudged Jesus, ‘What’s the deal?
I would love to hear Your take.
How’d all these sinners get up here?
God must’ve made a mistake!.’

‘And why is everyone so quiet,
so somber – give me a clue.’
‘Hush, child,’ He said,
‘they’re all in shock.
No one thought they’d be seeing you.’

I had sex with a succubus once, I was awake for it and I wanted it. I was in my room masturbating when I felt a presence come in. in my heat, I told it to come over. It caressed me all over and felt like I was floating, though I was on my bed. with out even touching my member the spirit made me finish…. at which point I was weirded out and told it to leave, but I had this feeling of knowing it was trying to tell me it wanted to stay because it liked me. we did it several times untill it went it’s own way.

This happened to me last night, and being spiritual in nature, its worth recording.

Last night I was in my bed. I couldnt sleep because I had this anger over absolutely everything and anything for no reason, which is weird for me as I’m never angry…. but it felt like a calming presence sat beside me. (I even felt the bed sink). And a felt like it either sucked the anger out of me or it pushed something pleasant into me. -I cant rightly say which maybe both at the same time. But I just wasnt angry anymore and became tired. Was it an angel casting out a demon? Who knows. But I feel much better today then yesterday.

Matsoni (Georgian: მაწონი) is a fermented milk product very similar to yogurt. It is smooth and creamy with a mild, slightly tart flavor. Popular in Georgia and throughout the Caucasus region it is rich in mineral content, protein and calcium and renowned for its health giving properties. In this recipe we show how to make a cold ‘soup’ made with matsoni flavored with herbs, garlic and peppers.

Preparation: Finely chop the coriander and green peppers. Add to a mortar with a pinch of salt and a half tsp of black pepper. Crush together with the garlic cloves.

Add the matsoni to a mixing bowl. Add the crushed coriander mixture to…

Churchkhela (Georgian:  ჩურჩხელა) is a traditional sausage-shaped candy made by repeatedly dipping a long string of nuts in tatara – a mixture of flour, sugar and Badagi (concentrated fresh grape juice). Georgians usually make Churchkhela in the Autumn when grapes and nuts are harvested. Churchkhela can also be made with dried fruit (such as peach, apple or plum) and pumpkin seeds.

Ingredients: 50 walnuts, up to 100 hazelnuts, 1.5 liters of badagi (click here for a step-by-step recipe), 300 grams of flour and 3 tbs of sugar. The quantities for badagi, flour and sugar are enough for one coating of the nuts. The nuts will require at least two coatings (see note at the end of the…

Ajapsandali (Georgian: აჯაფსანდალი) is a Georgian vegetarian dish popular as a family meal.

Preparation: Remove skin from the tomatoes, peel potatoes and chop all vegetables as shown in the photograph below. Add 3 tablespoons of water to the tomato puree and mix.

Cover the pan and cook on a medium heat, stirring several times until the vegetables become soft.

"Even if Aquarium Fish only imagine going to a lake, the windows of that aquarium will become thinner than before." 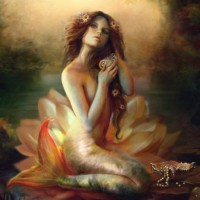 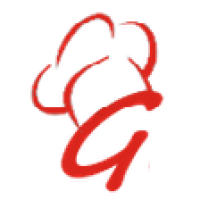 Can You Feel The Heat?

She Thinks Therefore She Is

"So if the Son sets you free, you will be free indeed."

Bringing the Gospel into conflict with the bondage of Modern Man

A True Taste of Georgia

A home for lost simmers